Photos taken at Old Oak Common loco shed, the GWR's main depot in London, shedcode 81A. Starting in the early 1960s onwards, more shots yet to be added from later years. The depot has now been closed completely and is in the final stages of demolition, though the site is likely to be used for further railway purposes, possibly in connection with the Crossrail project and HS2. Early photos are once again taken with the Voigtländer Vito CLR camera on Agfa CT18 film.
Read More 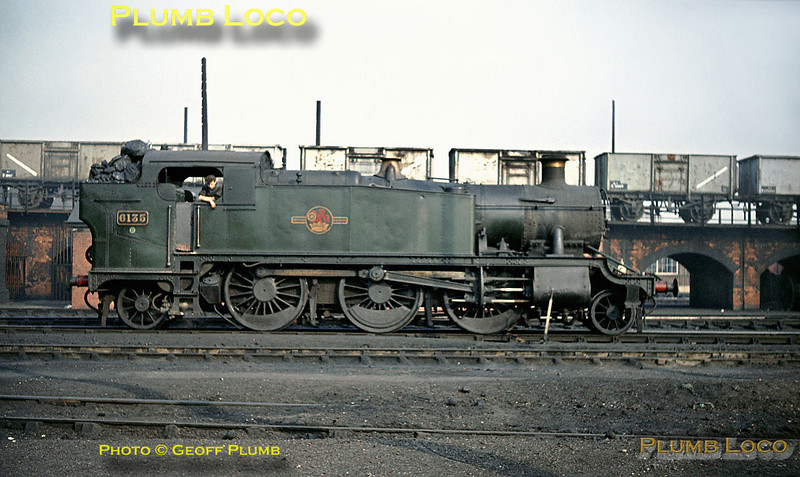 GWR 61xx Class 2-6-2T No. 6135 has presumably had attention fairly recently at Swindon Works and been repainted in unlined green livery,which still looks fairly smart. It is standing in front of the ramp up to the coaling stage, which is full of 16 ton coal wagons, at Old Oak Common MPD and has just had its bunker filled with coal - some of the lumps look as though they will take a bit of manipulating to get them through the firehole door! Saturday 26th October 1963. Slide No. 444.