Now well into Spring but still some cold mornings around - life on the railway goes on...
Read More 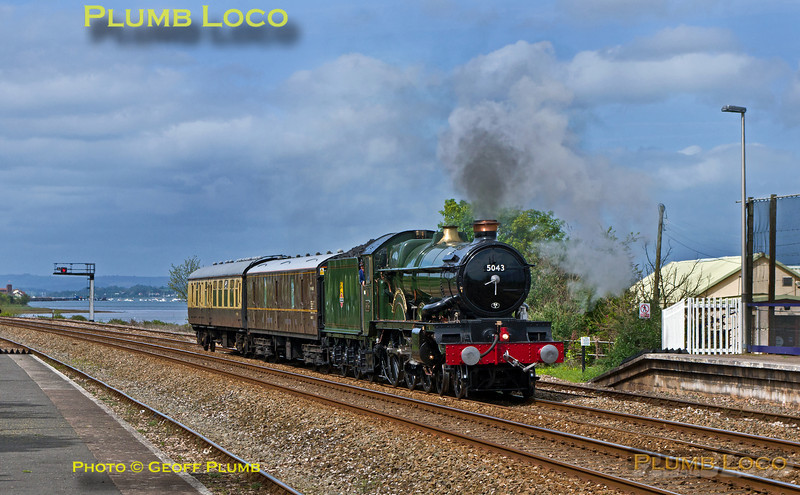 Not my intended shot - this train caught a lot of people unawares as it was running very early at this point - I was on the preceding train from Exeter St. David's (dep 15:02) and was planning to go to Dawlish. However, this working was reported as passing Exeter at 15:08 (where it was booked to stop) and I was afraid it might be put past my train at Dawlish Warren during its stop at 15:18. I piled out there and rushed over to the up platform and got it coming through non-stop (it was booked to stop here as well!) at 15:22, now 72 minutes early... This is 5Z48, the 10:30 ECS working from Tyseley tp Plymouth Laira T&RSMD, headed by GWR "Castle" Class 4-6-0 No. 5043 "Earl of Mount Edgcumbe" with its water carrier GUV and POB support coach. Having missed out a further booked stop at Totnes, the train arrived at Laira 106 minutes early! This then worked back from Plymouth the following day on the special from Solihull and return. Friday 9th May 2014. Digital Image No. IGMP3997.