Off to a good start in December with some steamy action, though I still haven't managed a sunny shot of "Tornado" in blue livery... Now I have!
Read More 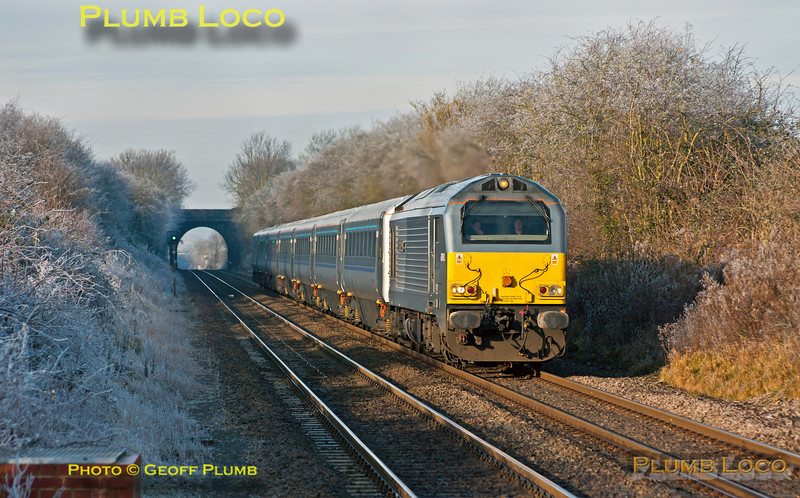 At one minute past mid-day the sun has reached its zenith but the frost formed by freezing fog the previous day and overnight still has not melted as 67013 "Dyfrbont Pontcysyllte" races southwards approaching Haddenham and Thame Parkway station with DVT 82303 on the rear of the six coaches. This is 1H44, the 10:55 from Birmingham Moor Street to Marylebone on Wednesday 12th December 2012. This set is still the "wrong" way round at the moment with the loco on the south end, though this helps for photography! Digital Image No. GMPI13247.