Another great loco-hauled tour with the Branch Line Society, though the locos were reduced from two to one during the day - a setback overcome by the proactive recovery measures undertaken on the day! Run in conjunction with DB Cargo, Riviera Trains & Network Rail the trip raised around £2,000 for the Railway Children Charity, through raffles, on-board sales and catering provided by Snack Shed together with real ale from Mallinsons Brewery - a wonderful effort on everyone's behalf. As usual, a few shots to start, more to be added as I get the time...
Read More 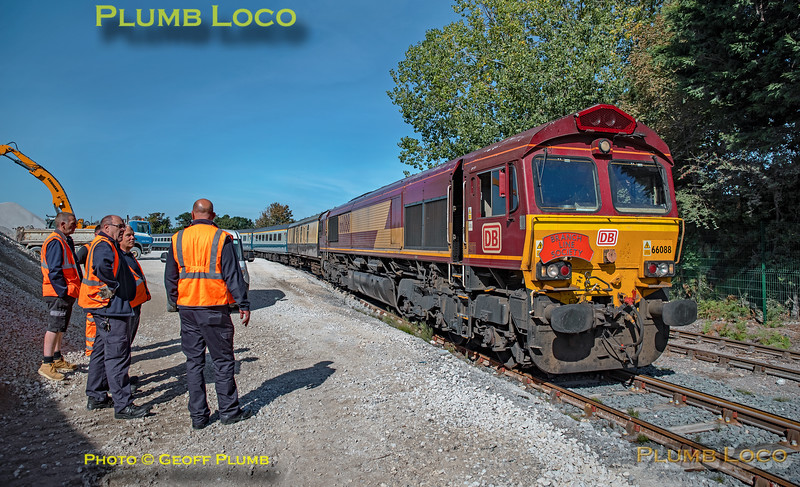 DB Cargo 66088 led the BLS "The Breckland Freighter" tour train, 1Z14, 06:25 from Nottingham to Norwich, as far as Brandon Down Goods Loop with 66041 on the rear of the train. The train reversed in the loop and 66041 led the train into the aggregates sidings, Brandon Down Sidings, as far as safely possible. 66088 is seen just prior to leading the train out of the sidings and back into the loop before departing towards Thetford. Unfortunately, it then suffered a traction motor failure and the train returned to Brandon Down Goods Loop so that the loco could be removed and 66041 take its place to continue alone. These moves cost almost two hours out of the schedule and various modifications to the tour's itinerary were made en route in order to claw back the time. 10:58¼, Saturday 14th September 2019. Photo taken with permission and under supervision. This was the first passenger train to visit the sidings and its subsequent return became the second! Digital Image No. GMPK7294.