Three days of trips behind various Class 33 "Cromptons" and a Class 47, two enhanced positioning moves either side of the main "Devonian Crompton" tour on Sunday 8th March 2020. Run in conjunction with West Coast Railways, Network Rail and 71A Locomotive Group, the tours were raising funds for the Help for Heroes Charity and also for Tommy's. All three days were excellent though I wasn't able to do the full trip on any of them due to logistics - it also turned out to be my last efforts for a while due to the Covid-19 outbreak curtailing activities. Please note - all photos taken from ground positions are with permission and under supervision. As usual, a few photos to start, more to be added as time permits!
Read More 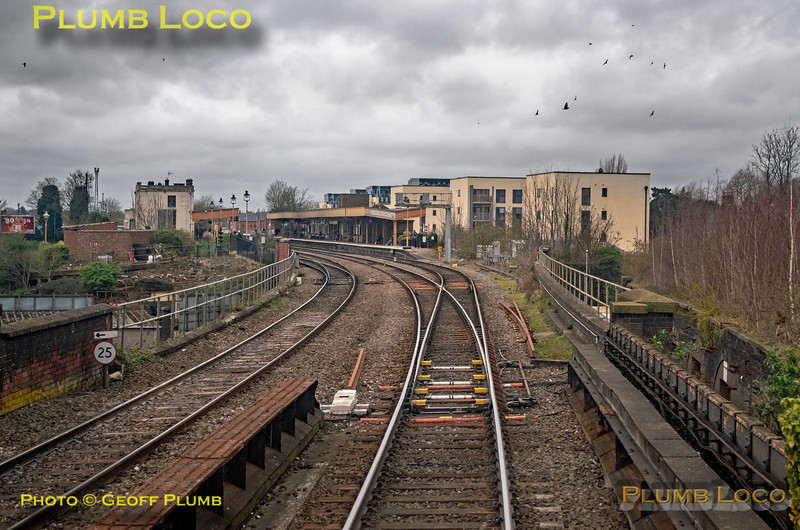 The BLS "Fenny Crompton" has just passed through the GWR station at Leamington Spa on the Up Cherwell Valley Line (aka Up Main Line), the remains of the former LNWR Rugby and Laemington line viaduct can be seen on the right, this served Leamington Avenue station which was beyond and to the right of the GWR station. As seen from teh rear cab of 47746 at 12:09¼ on Saturday 7th March 2020. Digital Image No. IGMP55415.