Another wonderful tour organised by the Branch Line Society in conjunction with West Coast Railways, Merseyrail, Network Rail and Stadler Rail Services, as usual raising funds for charity, on this occasion the Alder Hey Children's Charity. As usual, a few pictures to start with, more to add as time permits...
Read More 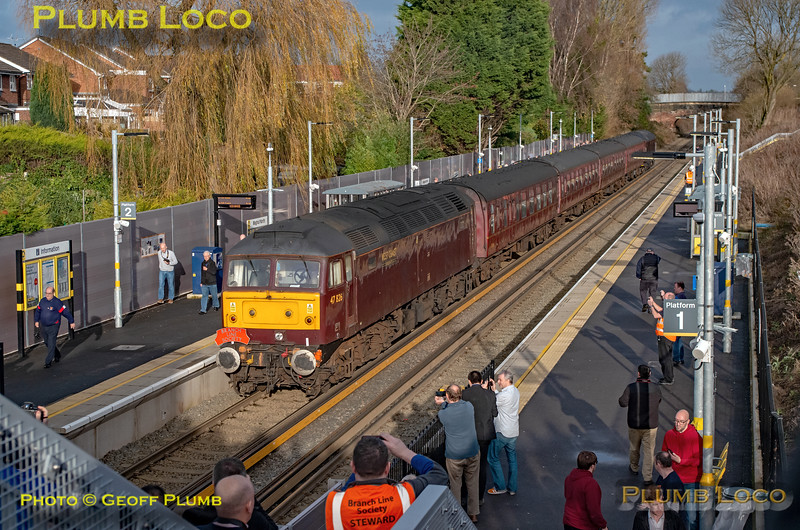 With the BLS "Bootle Brush" tour running some minutes early en route to Ormskirk, the decision was made to make a photo stop at Maghull North station rather than the operational stop at Aughton Park to allow a service train to depart the single line section into Ormskirk. 47826 is on the rear of the train in glorious sunshine with 47245 leading, during the short stop. 12:19, Sunday 8th December 2019. Digital Image No. IGMP54701.